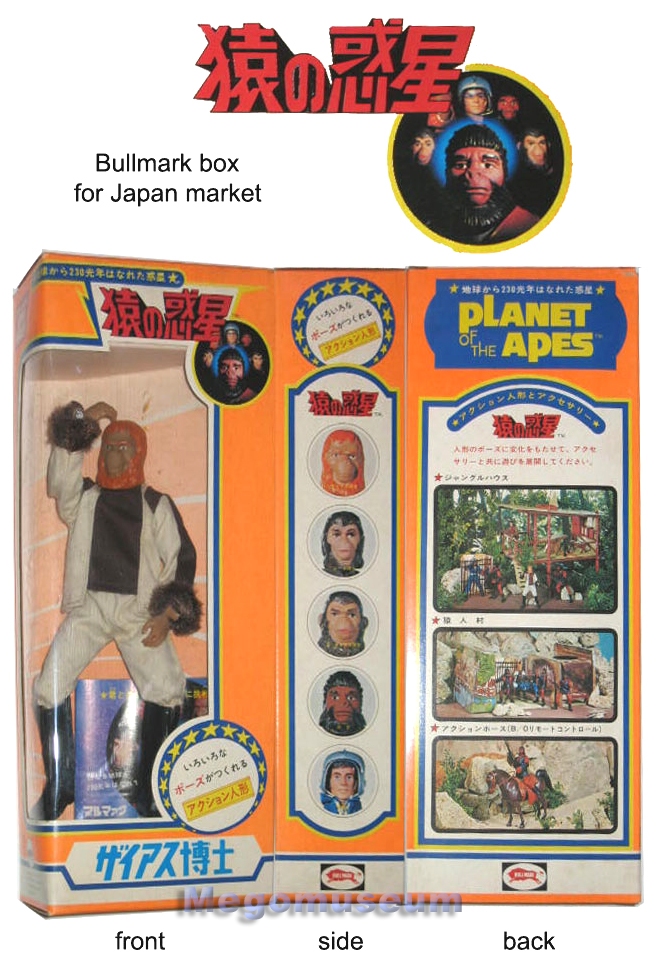 An Ultra-man Leo figure was released in the early seventies in Japan with a removable costume, the doll body is a mego type one with a unique Japanese face. Rumours of Kamen Rider figure abound but have never been seen. This figure is extremely rare although loose Leo dolls (with boxer shorts) have been found in various colours.